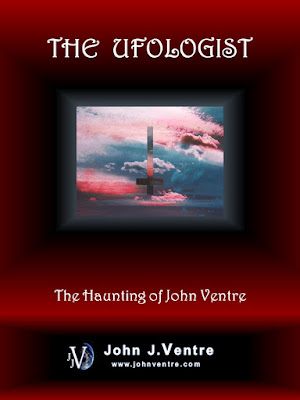 “The Ufologist: The Haunting of John Ventre”

John Ventre is one of the very few Ufologists who successfully maintain an open mind on the nature of the UFO phenomenon and its possible causes. In this new book John presents a very plausible case based on personal experience that UFOs and their occupants are not necessarily from other worlds or galaxies, but could also have a distinctly occult and magical connection. He bases this on a series of all too close encounters with a number of entities that could sit comfortable in either camp. These are views shared by such noted luminaries as the late John Keel and Jacques Vallee and, as it happens, also with this reviewer.

The author also quotes other paranormal/UFO investigators such as Nick Redfern and mentions the shadowy, quasi-governmental CIA attached group called ‘The Collins Elite’, who came to a very similar conclusion, i.e. that ET’s were almost certainly demonic in nature. John elaborates on this by listing signs of demonic infestation and also lists the hierarchy of demons (and angels). Helpfully he also includes the rite of exorcism as well. The author also shares his timeline of personal haunting by a ghostly ‘something’ that may have had UFO connections and what he describes is truly alarming. This book may not appeal to the rigid mindset of the die-hard ETH Ufologist. This is a pity because in this field of study we need all the support we can get. However to anyone else with a genuinely enquiring outlook the book is truly enlightening and above all entertaining and well worth the purchase price.

Brian J Allan is a Scottish paranormal expert, editor of Phenomena magazine and the author of numerous books.

BOOK REVIEW
by John Schuessler
MUFON founder and Board member

This is a unique book in many ways, but perhaps most importantly, it dares to show the breadth of the UFO mystery as it has unfolded over the state of Pennsylvania.  Some pretty eerie events have accompanied the sighting of UFOs there and have affected authors and investigators alike.

The author, John J. Ventre, is the current MUFON State Director and a member of the Board of Directors.  He is a MUFON Benefactor and holds a lifetime membership in the organization.  He is known for his thoroughness in research projects and in field investigations.  Prior to his retirement, he served his employer as Director of Security and Public Affairs and he has applied those skills to his role in MUFON.
Ventre points out that Westmoreland County in Pennsylvania has had the most UFO sightings in the United States over the past 50 years.  During the past five years, Bucks County has had the most UFO sightings in the United States.  To get the full flavor of the work going on in there, he invited other authors and investigators to provide chapters for the book.

The book weighs just over two pounds and it is loaded with more detailed information than anyone can consume in a single reading.  One of the contributing authors explained the high strangeness of the UFO situation as follows:  "The UFO phenomenon represents evidence for other dimensions beyond space-time; the UFOs may not come from ordinary space but from a multi-verse (a belief held by more scientists every day).  The phenomenon constitutes a multifaceted continuum of experience with and belief in fairies, demons, angels, ghosts, apparitions, and unmarked helicopters in association with unknown aerial phenomena."  You will find documented examples of this throughout the book.

To set the stage for the book's intriguing content, Researcher Stan Gordon, best known for his work on the Kecksburg incident provides a history of his involvement in the Pennsylvania UFO work dating back to 1959.  That is followed by Ventre's chapter entitled "The Case for UFOs."  Then Ventre lists the many hard-hitting facts about the Kecksburg incident, leaving no room for doubt whether or not the crash really happened.

After an extensive listing of positive statements about UFOs by prominent, highly qualified individuals, the book gets down to the meat of UFO cases such as the Erie-Presque Island incident, Thomas Carey's experience with UFOs over Carbondale, Ventre's catalog of UFOs over Pittsburgh, Altoona, Shamokin, and York, followed by a fascinating chronology of the many Buck's County incidents replete with radar plots, detailed drawings and laboratory reports.

One of the more highly strange, but very intriguing incidents involved the death of a Northumberland County resident named Todd Sees.  The Sees case was presented as a part of a chapter on "mummification" of living things found near where UFOs were reported.  Sees disappeared on his four-wheeler while going up to look over some potential hunting sites.  He was found two days later in dense brush, unclothed and emaciated.  One of his boots was found in a tree a mile from where his four-wheeler was located.  The FBI took over the case and found three dairy farmers that saw a large, silent, bright UFO hovering over the area where Sees was found.  Much of the Sees material was provided by Peter Davenport.

Readers that may get exposed to TV News show hosts need to read the chapter on Ventre's experiences in the taping of the Anderson Cooper Show in April 2012.  What sounded like an excellent opportunity to share the nitty-gritty details of UFO investigations didn't end up that way.  After the show's staff edited out a lot of the best evidence, the person getting the most time on the show was an avowed debunker that never investigated any of the cases.

It would have been nice if Ventre had given more details on the underground bases listed in Chapter 19 and how they play into the UFO situation in Pennsylvania.  However, the brief descriptions of the bases do provide clues for anyone doing independent research on the subject.  For example, I was able to use Google to find a treasure trove of information about the "Raven Rock" ("Site R") facility listed by Ventre.
Sightings by police officers are often the most credible and detailed of cases that are reported and this is no exception for the state of Pennsylvania.  Almost 4 percent of the Pennsylvania reports came from police officers.
To wrap-up the book, Ventre devoted 145 pages to "Related Topics" each of which are written by noted authors and deserving of a book-length treatment themselves.  Tantalizing information related to U.S. Unidentified Submersible Objects (USOs) by Carl Feindt, Russian USOs by Paul Stonehill and Philip Mantle, Anti-physical Aspects of UFOs by Richard Lang and Position Statements by current UFO researchers.
Email ThisBlogThis!Share to TwitterShare to FacebookShare to Pinterest
Home
Subscribe to: Posts (Atom) 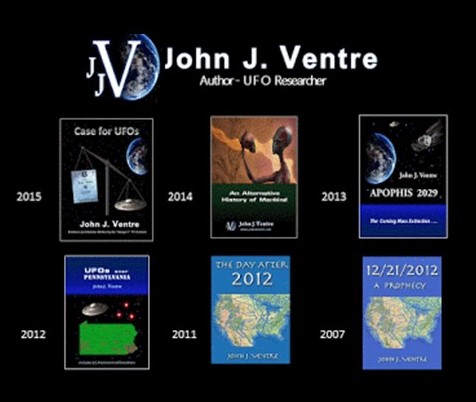